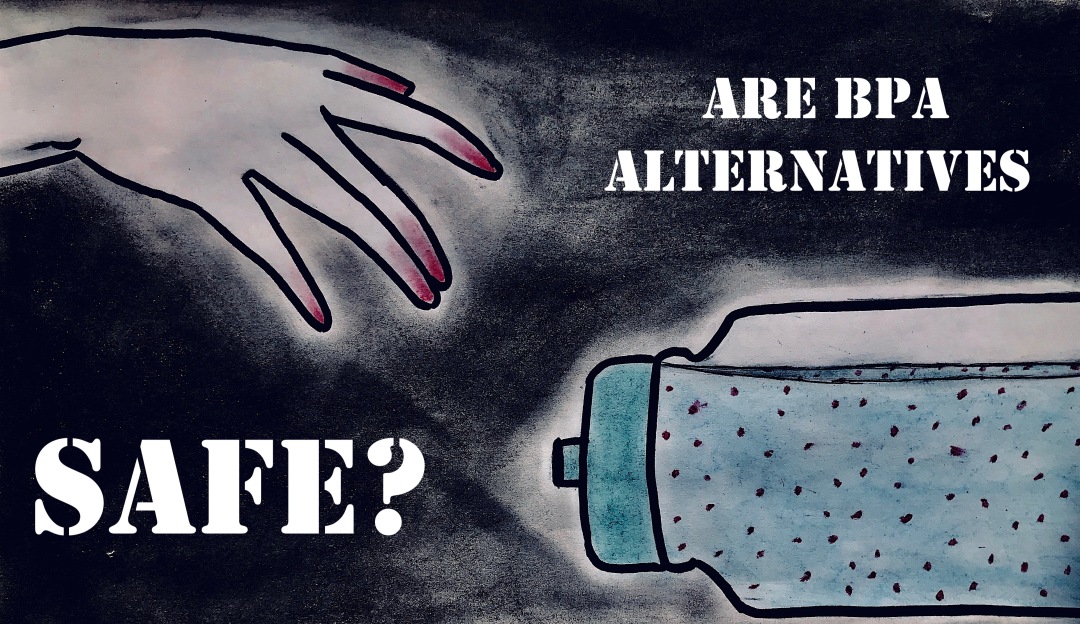 What “BPA—Free” Means and its Unhealthy Consequences

From the common Contigo to the luxurious Hydro Flask, almost every water bottle brand has one thing in common — they claim to be “BPA-free.” But there is a hidden meaning when water bottle brands say they don’t use BPA, which can, in turn, impact the MVHS community tremendously.

According to Healthline, BPA is a “synthetic compound found in many plastics, as well as in the lining of canned food containers.” BPA hardens water bottles to prevent them from shattering when dropped. Because of its similarity to the hormone estrogen, BPA can bind to estrogen receptors, affecting the entire hormonal system such as growth, energy levels and reproduction. The body is also extremely sensitive to changes in hormonal levels, so the estrogen-like BPA can impact the body’s natural cycles in negative ways.

Hence, “BPA-alternatives” were born. Replacing BPA and its dangerous side effects, BPA alternatives quickly grew famous. Due to the fact that they consisted of different chemicals and a different compound when compared to BPA, it was advertised to be safer than BPA. According to Scientific American, however, BPS (a BPA-alternative) can affect cells in ways similar to BPA. In fact, these alternatives can be just as bad, if not worse.

A study done by Current Biology found that mice exposed to BPA substitutes birthed offspring that had chromosomal defects — defects that were able to persist throughout generations. Due to the accidental exposure of BPA to control mice, there was a sudden increase in eggs that had chromosomal defects. When the mice were exposed to chemicals similar to BPA, the results were like the ones with BPA, inducing “germline effects” in both males and females. Additionally, according to TheScientist, studies in zebrafish have found that BPA-alternatives can lead to fat accumulation and problems in the endocrine system.

BPA and its alternatives can harm both humans and animals in significant ways. Not only does it threaten the rate of reproductivity in animals, but it can also cause problematic defects in chromosomes and issues with the digestive system, and these problems can be carried on for generations.

In short, the impact can be tremendous on water bottle users.

“I went online and I thought it was really pretty, and there was a thirty percent off sale, and I wanted a Hydro for a really long time,” sophomore Prisha Khatwani said. “Then I decided that I was going to pay for it myself.”

Many people are unaware of the new discoveries on BPA-alternatives and therefore don’t put too much thought into safety factor of their water bottles, instead focusing on design and price.

“I heard the term BPA and I heard that it’s bad for you,” junior Sravya Gonaguntla said, “but I honestly couldn’t care less.”

Although there are some people that have heard of the term “BPA,” some, such as sophomore Megha Yengoti, don’t know about the dangers of BPA and its alternatives.

“BPA is that plastic thing that gives you cancer,” Yengoti said. “I’m not sure if my water bottle contains it but I’m pretty sure there was a sticker that says ‘BPA-free.’”

BPA-alternatives may not be safe, and if they are continued to be used, the next generation may have an abnormal amount of birth defects and health problems. Although the alternatives have not shown any results in humans yet, the safest choice as of now would be to terminate the usage of BPA alternatives in water bottles and work on finding a safer replacement for BPA.

After all, no one knows the worth of water until the well is dry. 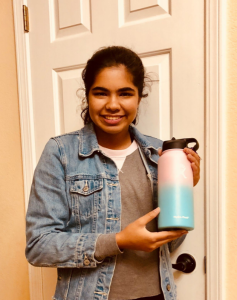 View all posts by mvresnovae

2 thoughts on “What “BPA—Free” Means and its Unhealthy Consequences”