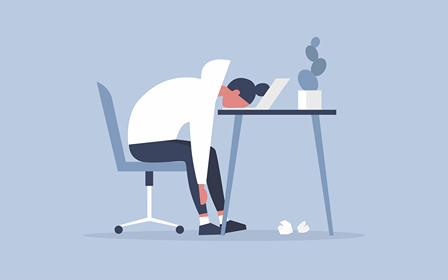 A Remote Lifestyle: The Psychology Behind Zoom Fatigue

An insight on the psychology of Zoom fatigue and its effects on MVHS students and teachers.

From the first case of the Covid-19 infection in Wuhan, China in December 2019 to the global shutdown and world-wide quarantine enforcements in the following months, Covid-19 has changed our world and paved the way for a new, online, lifestyle. Zoom, created by Eric Yang in 2011, is an online web-service platform that has not only brought numerous individuals together during these uncertain times, but also changed the world’s communication system. Although Zoom has positively impacted our community by bringing people together, many researchers, including Andrew Franklin, an assistant professor of cyberpsychology at Norfolk State University, indicate that the growing prevalence of  “Zoom fatigue” may have negative repercussions on the human brain.

The Psychology Behind Zoom Fatigue

In an interview with National Geographic, Franklin articulates how Zoom’s multi-screen design — gallery view — challenges the brain’s central vision as it fails to decode and interpret the numerous adjacent faces on a given screen.

“We’re engaged in numerous activities, but never really devoting ourselves to focus on anything in particular,” Franklin says.

“If I’m an organizer or the teacher [of a Zoom meeting], I don’t have the bandwidth to multi-task because I’m engaging students,” Gupta says. “However, when I’m an attendee in a session, where I’m especially muted and off-screen, the temptations to multi-task are greater.”

According to cyber psychologists, this phenomena is known as continuous partial attention. Continuous partial attention is defined as a state in which attention is the primary task, while, at the same time, scanning for other people, and replacing the primary task with something else seems equally as important. This phenomena, according to Franklin, is taxing on the brain and causes people to feel more fatigued and tired after Zoom meetings.

While Franklin discusses how continuous partial attention is mentally tiring, Jenna Lee, an assistant professor at David Gefeen School of Medicine at University of California Los Angeles, explains how Zoom hinders the human reward cycle, causing people to feel less inclined to participate during their meeting and more of a reason for them to feel drained and burnt out.

Due to the decrease in-person social interaction, Lee emphasizes Zoom’s negative effects on an individual’s psychological reward system and how this depletion drives motivation decline and increased fatigue after a Zoom meeting.

With these staggering numbers, Junior Ariyal Jain addresses her specific physical response to long Zoom calls and how she experiences Zoom fatigue.

“After being on hours on video calls, my eyes tend to get tired and even 15 minute breaks [between classes] aren’t really enough because most teachers tend to go over or they run out of time,” Jain says. “My eyes tend to get really dry and tired, so that’s one way I have zoom fatigue.”

Jain’s response to Zoom Fatigue illustrates a common way that Zoom Fatigue affects many MVHS Students. Consequently, 78.3% of the surveyed individuals claimed that relaxing on their beds is the best way of recovering from Zoom fatigue and gaining energy for their next meeting.

Like many students from the survey, Senior Monica Wang also responds to her Zoom fatigue in a similar manner. “I just like to flop on my bed or go on social media because that’s how I like to recuperate or get my energy back,” Wang says. “Normally I would just lie on my bed and chill until my next class starts.”

Although each individual’s response to Zoom fatigue and exhaustion varies, the underlying causes for an individual’s lack of energy and post-Zoom tiredness remain constant. Jain and Wang’s personal responses to their Zoom fatigue and the survey of around 100 MVHS students portrays how this phenomena not only affects students in the MVHS community, but those who use Zoom on a daily basis.

View all posts by Shreya Mantripragada