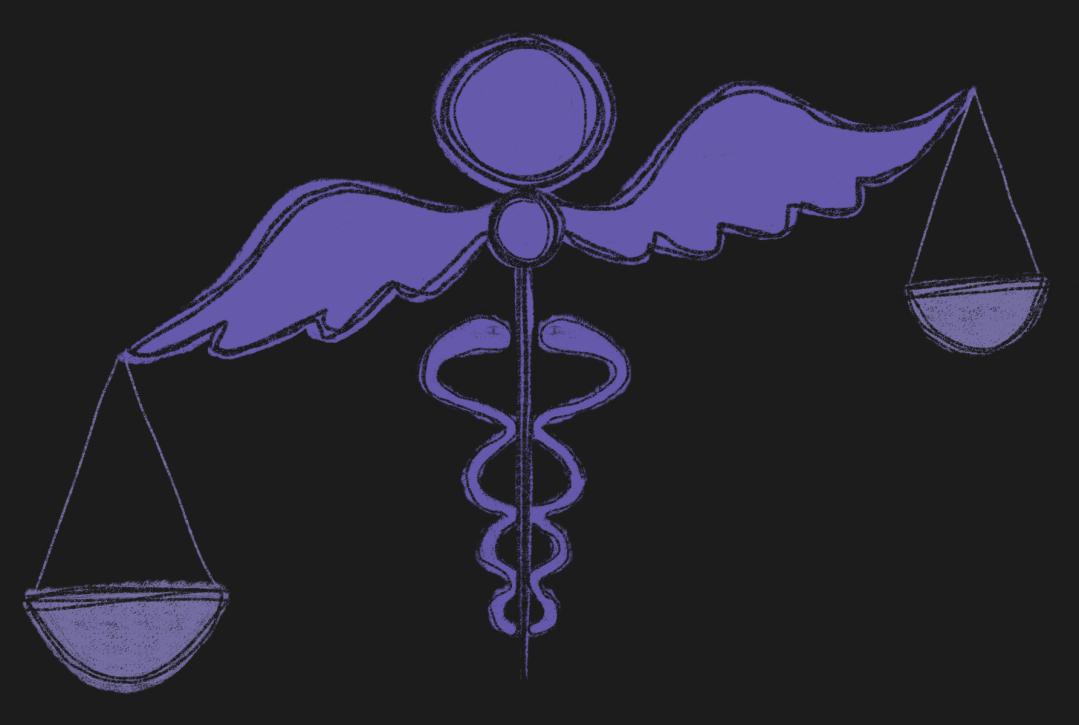 Atmaja Patil, a senior at MVHS, also believes that the pandemic has definitely shown some areas of improvement for the American healthcare system, believing American healthcare to be rooted in many disparities — causing medical inequity to be a huge societal issue in America.

“Health inequity [in America] is a huge issue, and we have to work towards solving it — we really do,” Patil said. “During the pandemic, data [showed] that women of color had some of the lowest vaccination rates; with COVID-19 happening, I think it is more evident than ever that healthcare disparities are a persistent issue in America.”

Statistical studies seem to agree with Patil’s assertion. In a Commonwealth Fund analysis of the healthcare systems in 11 different countries, America was ranked 11th on healthcare system performance — last place. The analysis was broken down into five categories: access to care, care process, administrative efficiency, equity and health care outcomes; of the five sub-categories, America was ranked last (11) on all except “care process,” where America was ranked second. Figure 1 shows America’s healthcare system performance is below the average of any other country analyzed — showing the intensity of disparities within the American system itself. The same analysis shows that healthcare spending in America has increased along with the decrease in the quality of healthcare, essentially indicating that America is spending more money on worse healthcare.

Ben Clausnitzer, school principal of MVHS, shares his idea of what these increased amounts of medical disparities constitute in the American healthcare system — from racial inequities to social-economic disparities.

“When we talk medical equity, there are definitely a couple [of] things that jump off the page,” Clausnitzer said. “One of them is racial equity in the medical field and the realities of structural racism in America, [which] has created unequal outcomes for human beings. [Another one] is the socioeconomic disparity in the healthcare system — also having similar [effects].”

Patil herself experienced healthcare disparities in America when her mother was hospitalized for a health condition. She shares how her mother had first received specialized, caring treatment and surgery for her condition in India — her mother’s native country — before coming to America. However, when Patil joined her mother in her check-up appointment for her health condition in an American hospital, she began to notice the health disparities rooted in the American healthcare system.

“I remember the American doctors in the room describing the Indian medical procedures my mother received almost like they were of a lower class — less professional, regardless of [the procedures’] actual scientific reasoning — clearly showing a bias against [out-of-country] procedures,” Patil said. “They made it seem like a country issue — and these biases can lead to much worse, such as not being given equal treatment.”

Sara Borelli, an English teacher at MVHS, has directly witnessed health disparities in the American healthcare system — with the quality of care heavily depending on the location and socioeconomic status of the patients.

“I [once] went to a county hospital in Oakland — primarily filled with impoverished and homeless people — and everything was so run down,” Borelli said. “[Meanwhile,] whenever I went to [another, high-end] hospital, there were so many more rooms [that were] cleaner and bigger. It was just a different atmosphere.”

Although medical disparities are a huge problem in American society, there are ways to approach this issue; one way is by spreading awareness of the inequities surrounding medical care — allowing for an increased knowledge to spread across several communities in order to intervene and one day remove the presence of disparities in the medical field.

Borelli also shares that awareness is a great first step in approaching the issue of healthcare disparities in America. While it definitely will not solve the issue on its own, spreading information surrounding these disparities has the power to drive change in society.

“People need to be aware that not everybody is as affluent as [they themselves] are — people [may not] have the same opportunities,” Borelli said. “Truly realizing that healthcare is not something that should be taken for granted — that equality, a right of everybody, is not always present in the medical field — is the first step to making change.”

MVHS staff and students agree with Borelli — wanting to do something for the MVHS community that spreads awareness of inequity. Since the pandemic started, MVHS has been working towards creating equity across campus through the incorporation of staff and student equity taskforces. Although not related to medical inequities specifically, the equity taskforces are a great stepping stone to help spread awareness of disparities within American society. By condemning inequities on the school campus, MVHS is spreading awareness of said inequities, and helping students understand the harsh realities of American disparities in society and consequently, in healthcare.

Clausnitzer, having been one of the key players who helped initiate the equity taskforce, discusses the long-term effects he hopes that the taskforce will have on MVHS and equity in healthcare — but also in general.

“Working with equity means engaging in transformative work, [rather] than performative activism; and this is what we have started to embark on [in the equity taskforce],” Clausnitzer said. “It’s time to think transformative and start to make [a] change — not out of compliance but to achieve equity on campus and then on a larger scale.”

“The equity taskforce primarily focuses on equity education and resources to directly educate both staff and students on campus,” Patil said. “This [information] can then get students to see the importance of cultural sensitivity in American healthcare.”

Ultimately, Clausnitzer hopes that MVHS students can work towards sharing their voices and start building an equitable campus for all — regardless of background differences. Once a part of this is achieved, he hopes to tackle more widespread disparities — such as the inequities and disparities within the American healthcare system.

“Students should start committing to becoming [more] self-aware — awareness of what you are doing, what you are saying and the impact [you] have on others,” Clausnitzer said. “I want our student voice to help [MVHS] see every human being as of equal value.”

View all posts by Divya Venkataraman