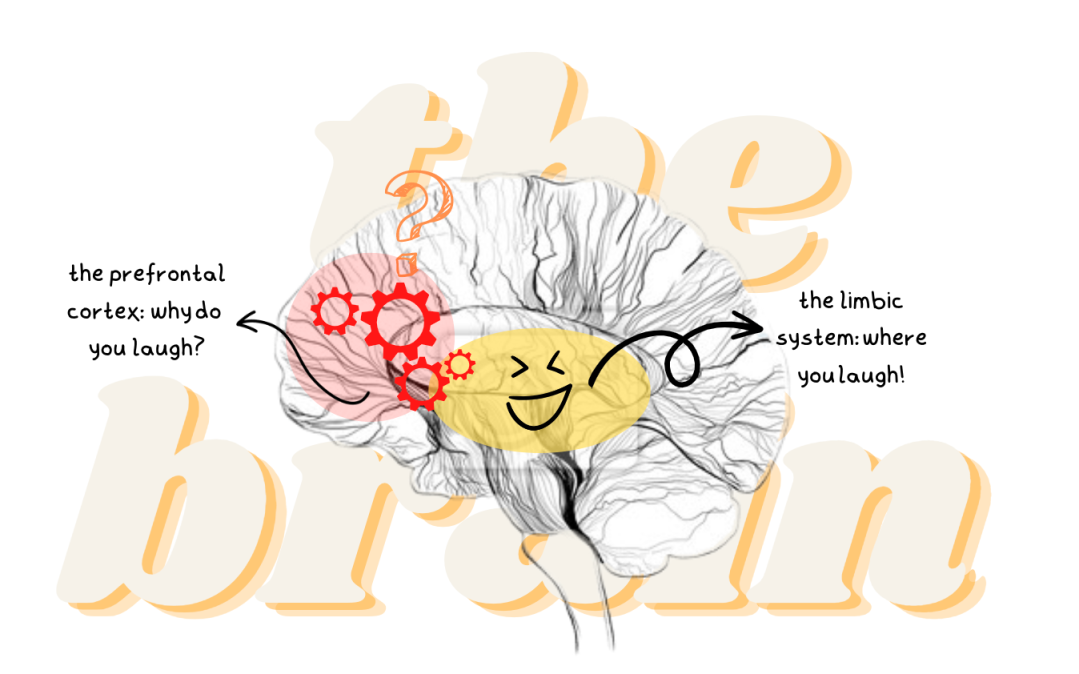 ROFL: (A) Rumination On Fake Laughter

By: Irene Tian and Amy Zheng

Why was the broom late to school? It over-swept.

Did I get you? Just now, did you laugh at the awkwardness of this incredibly awkward pun? Are you laughing, although not genuinely, at my attempt to make you awkwardly laugh? Or do you just have a great sense of humor?

Whether you catch yourself or not, it is a natural human response to laugh. However, many times, this laughter is not entirely spontaneous. From the uncomfortable chuckle you may have just experienced to even the singular “LOL” you may often use through text, this faked laughter has become a fundamental part of human nature that happens a lot more often than you notice. But why do we need to fake laughter? Why expend that extra energy on the emotion we don’t even mean to convey?

L. Laughter at its Core

Laughter is one of the purest and most telling symbols of humanity, and thankfully it helps that we like doing it. When you genuinely laugh, your stress levels, which are monitored by the cortisol levels in the brain, can decrease by over 60%. And although it may seem counterintuitive, simulated — or fake — laughter can produce the same responses in your stress levels. According to a 2012 study published by Dr. Rima Dolgoff-Kaspar, which examined the moods of six participants scheduled to undergo organ transplants, the moods of the patients all increased dramatically after attending 20-minute “laughter intervention” sessions throughout the course of six weeks.

While laughter — genuine or not — can have positive effects on our cortisol levels, the duality of the very reason behind our laughter is much more complex. At its base, laughter is meant to facilitate the forming of a connection between people and serve as an indication of mutual trust. However, when forced laughter comes into play, the motive of laughter shifts away from a sign of friendship to a token of discomfort or unease.

“Laughter is often a defense that conceals a painful or unwanted feeling,” Jane Yates, a psychoanalyst who teaches at the Emory University Psychoanalytic Institute, told the New York Times. “But it can backfire…not only because of the cognitive dissonance from laughing when you don’t mean it, but also because it encourages the bad or clueless behavior that preceded it.”

At its most extreme level, this clueless behavior cited by Yates and the reason behind our fake laughter is demonstrated through the Milgram Experiments during the 1960s: a series of social psychology experiments conducted by Yale psychologist Stanely Milgram. In his study, Milgram had volunteers who acted as “teachers” personally administer electric shocks to other “students” every time the “student” provided a wrong answer. Volunteers were generally so taken aback by the extreme nature of the experiment that most would begin laughing hysterically even before the experiment began.

O. Observing the Differences Between Real and Make-believe

While genuine and fake laughs can produce similar physiological responses, the differences between both are striking — and maybe more obvious than you think.

Since the release of oxytocin during a genuine laugh promotes feelings of cooperation, fake laughter can be used to take advantage of another person. In order to avoid the possibly high stakes of being manipulated, humans have also evolved to discern fake laughter, sparking an evolutionary arms race: on one side, fake laughs get more convincing, while on the other, more conspicuous.

When it comes to detecting fake laughter, a study by UCLA researchers identified where this puzzling occurs in our brains. When hearing fake laughter, higher activation of the medial prefrontal cortex corresponds to higher accuracies of discerning fake laughter. The medial prefrontal cortex is involved in understanding another person’s viewpoint, which is a main concern when confronting an insincere source of such a powerful social cue. Our brains will even detect the how genuine laugh tracks are, which can influence how funny we find the show.

The social aspect of laughter is incredibly apparent to us, whether we are aware of it or not. One of the major factors in social interactions is familiarity: talking changes between friends and strangers, and so does laughter. After finding that adults from 24 societies around the world could identify laughter between friends from laughter between strangers, a group of scientists turned to study a new world: babies. For infants, every moment is a social experience, and laughter is a way to understand their social world. Occasionally, this is true for all of us.

L. Looking into Laughter at MVHS

The majority of MVHS students have experienced fake laughter of some sort — you may have felt inclined to laugh at awkward puns or in the empty silence of Zoom breakout rooms two years ago — these are the unconscious knee-jerk reactions to ease the negative emotions brought upon by your discomfort in the situation.

Although freshman Andrew Nguyen rarely forces laughter himself, he has an idea of why such situations might provoke forced laughter.

“[Fake laughter can] make someone happy [because they’ll believe] that their joke was funny,” said Nguyen. However, Nguyen also believes that fake laughter can have the opposite effect when it becomes too distinguishable and unreciprocated.

“[Knowing someone is faking their laughter] tones down your happiness [because] you know [they aren’t genuine],” said Nguyen. However, among circles at MVHS, forced laughter has additionally taken on a new meaning: a layer of irony and self-awareness can make forced laughter itself genuinely funny.

“[In one situation, my friend] tried to make it pretty obvious that [their laughter] was forced, so it [felt more like] a joke [to me],” said Nguyen.

Senior Preetal Deshpande, an officer of MVHS Neuroscience Club, finds herself faking laughter occasionally when others around her are also laughing. “When other people are laughing and I don’t understand [the situation], I just laugh because the whole mood is…set up that way,” said Deshpande.

Deshpande adds that she tends to overlook situations when she notices others fake laughter in their conversations with her. “I…dismiss the [fake laughter] because they might have not heard or…understood [me],” said Deshpande. “I can understand them and think of a…scenario [where I would do the same].”

Biology, leadership, and yearbook teacher Ken Gan also notices forced laughter from his students. “Sometimes students will laugh at my jokes even though they don’t exactly know why it’s funny or they don’t know why they’re laughing,” said Gan. However, in contrast to Nguyen, Gan finds fake laughter in the classroom funny.

“If [a] joke [goes] over their head, I genuinely consider that as [pretty] amusing,” said Gan. He adds that people may also laugh in awkward situations.

“There may be other reasons why people think a certain situation is funny…Some people may think ‘oh, we’re in an awkward situation’ so the best way to diffuse that [would] perhaps [be] by laughing,” said Gan.

Whether you realize it or not, fake laughter is quite prevalent in the MVHS community. Between friends, in the classroom, and during casual exchanges, fake laughter is unconsciously used in a variety of different ways to express discomfort, resolve awkward situations, or even as a joke. At the same time, laughter—whether fake or not—produces cortisol in the brain and serves as a way to lift your spirits. So next time you feel stressed or nervous, don’t be afraid to LOL.

View all posts by Irene